4 Technologies that Amateur Radio manufacturers should incorporate into every transceiver:

4 Technologies that Amateur Radio manufacturers should incorporate into every transceiver: 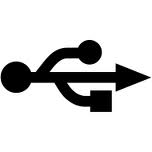 Why in the heck are manufactures still using the old DB9 RS-232 serial interface?  Icom started to use USB with the IC-7600 and now they are FINALLY getting rid of the old archaic 9-pin DB9 serial interfaces.  Elecraft is STILL using the 9-pin DB9?  They have other great features, but why-o-why the old serial connector?  USB technology is really pretty standard and not very expensive and is on just about everything.  The best part about ICOMs use of the USB interface is that it is actually a sound card that also caries the full CI-V command set for rig control.  Very well done ICOM.  How about a kit to convert other ICOM radios that don’t have USB.  My ICOM IC-7000 is a great rig, but no USB on that puppy.  I guess we will have to wait for an “IC-7000 MkIIG:, or perhaps an IC-7001 to come out.  So it looks like I will be stuck using a sound card interface with all the fricken cables and wiring.  Booo!

This ubiquitous technology should be on all Amateur radio transceivers   Period!  I know that Yaesu has put it’s own proprietary Bluetooth on some radios (VX-8 series), but it actually sucks because you *must* use a Yeasu headset, not just any Bluetooth headset.  I was excited when Yaesu came out with it’s VX-8DR with Bluetooth.  Thinking that I could buy this module and then pair it with my audio system in my truck.  Nope.  No standard A2DP!  Booo Yaesu!  I don’t want to just have to use the douchie earpiece that you provide.

Radio manufactures should put Bluetooth on every transceiver they make so that we can use wireless headsets and pair them with other Bluetooth audio devices.  Bluetooth is in every single cellphone now made and in most laptop computers, so the technology is inexpensive and readily available.

Again, this technology should be available in everything.  It has so many uses from APRS, Navigation, and even just synchronizing time.  For base radios, maybe a jack for an external antenna.  Again, both ICOM and Yaesu have incorporated this into some of their HTs and mobile rigs, so YEA to you guys!  But where is Kenwood on this?  I know they have been a bit quiet throughout the 2000’s not producing many radios, but in the past few years they have been designing great new radios.  They have gotten onto the USB bandwagon, but no bluetooth or GPS on their radios yet (TM-D710)!  Every cell phone in the world just about has GPS on it much to the detriment of GPS makers like TomTom, Magellan, and Garmin.  Their GPS navigation solutions are usually better, but when you have a GPS reciever and maps on your phone that are good enough, why bother with a TomTom?  At least that what most people are thinking.  With GPS receiver technology so cheap, why not put in in Amateur radios???? 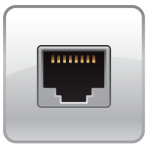 The lack of LAN Lament:

Ethernet connectivity connects you to the world via the Internet.  Some radios are now incorporating an Ethernet jack so that they can be controlled over TCP/IP Ethernet networks.  But this technology is also pretty cheap to implement since over the past 20 years it has grown in popularity to become the defacto standard for computer networking.  Imagine the possibilities for remote control of your station with a network jack on it!  There are several companies that offer add-on solutions for remote operation, but most of them are clunky, require a crap load of cables and the software for most of them doesn’t work well for remote operation. Icom, Yaesu, Flex Radio, and some of these vendors offer TCP/IP connectivity using a network jack on the radio, but this should be on every radio.  Again, the technology is inexpensive to implement and is readily available.  Additionally 802.11 Wi-Fi connectivity might be nice on transceivers also (however it is not clear to me if this could be a possible cause of interference on some rigs, so it might not work well on some radios).

So what do you think about my list?  Are their any other features/technologies that you think I missed?  Tell us all in the comments below!  We would all love to hear from you!